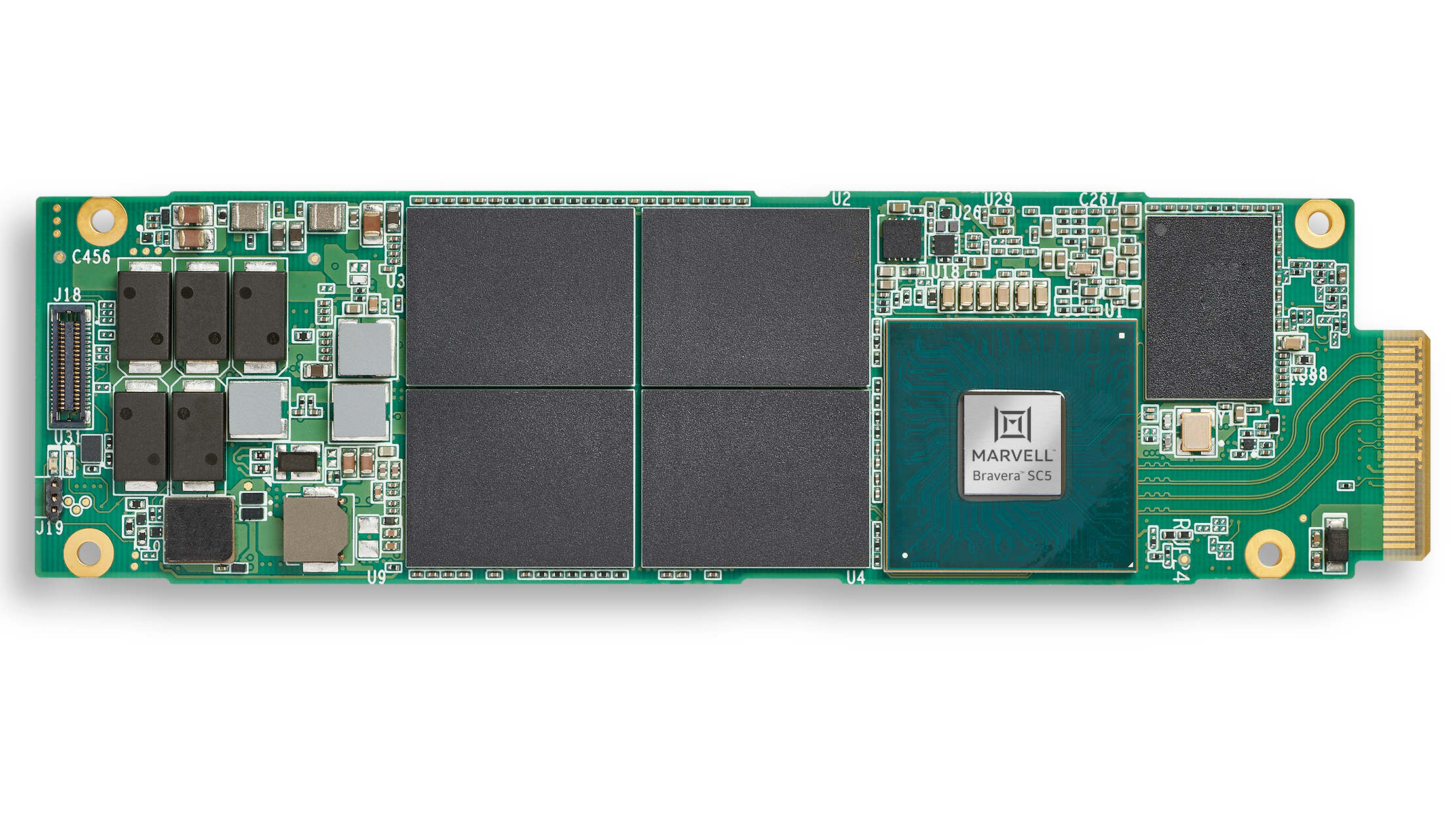 The new Bravera SC5 SSD controllers also support NVMe 1.4b, which Marvell claims enables them to offer double the performance as compared to PCIe 4.0 SSDs.

Marvell adds that the controllers offer security features such as FIPS-compliant root of trust (RoT), AES 256-bit encryption and multi-key revocation to meet the stringent regulations for cloud service providers’ in order to protect their users’ data.

Designed for the cloud

Marvell adds that it worked with hyperscale cloud providers such as Microsoft Azure to ensure the Bravera SSD controllers are fleet compatible and can work across the open hardware landscape.

Furthermore, in order to offer the flexibility to seamlessly repurpose the same underlying hardware when migrating to next-generation workloads, the Bravera SSD controllers enable multiple usage models such as SEF, ZNS, Open Channel, and more without hardware changes.

The Bravera SSD controllers are currently only available to select customers, and Marvell hasn’t shared dates about their general availability and pricing.